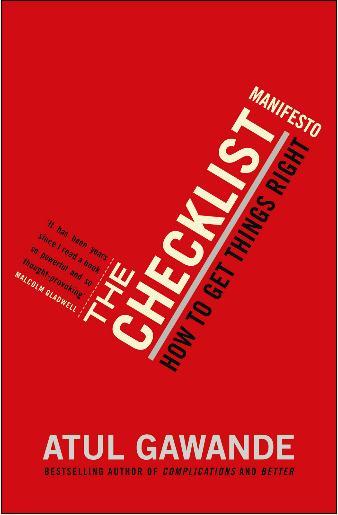 1. In the 1970s, the philosophers Samuel Gorovitz and Alasdair MacIntyre published a short essay on the nature of human fallibility that I read during my surgical training and haven’t stopped pondering since. The question they sought to answer was why we fail at what we set out to do in the world. One reason, they observed, is “necessary fallibility”—some things we want to do are simply beyond our capacity. We are not omniscient or all-powerful.

2. There are substantial realms, however, in which control is within our reach.

3. In such realms, Gorovitz and MacIntyre point out, we have just two reasons that we may nonetheless fail. The first is ignorance—we may err because science has given us only a partial understanding of the world and how it works.

4. There are skyscrapers we do not yet know how to build, snowstorms we cannot predict, heart attacks we still haven’t learned how to stop. The second type of failure the philosophers call ineptitude—because in these instances the knowledge exists, yet we fail to apply it correctly. This is the skyscraper that is built wrong and collapses, the snowstorm whose signs the meteorologist just plain missed, the stab wound from a weapon the doctors forgot to ask about.

5. Avoidable failures are common and persistent, not to mention demoralizing and frustrating, across many fields—from medicine to finance, business to government. And the reason is increasingly evident: the volume and complexity of what we know has exceeded our individual ability to deliver its benefits correctly, safely, or reliably. Knowledge has both saved us and burdened us.

6. That means we need a different strategy for overcoming failure, one that builds on experience and takes advantage of the knowledge people have but somehow also makes up for our inevitable human inadequacies.

7. And there is such a strategy—though it will seem almost ridiculous in its simplicity, maybe even crazy to those of us who have spent years carefully developing ever more advanced skills and technologies. It is a checklist.

8. Americans today undergo an average of seven operations in their lifetime, with surgeons performing more than fifty million operations annually—the amount of harm remains substantial. Moreover, research has consistently showed that at least half our deaths and major complications are avoidable. The knowledge exists. But however supremely specialized and trained we may have become, steps are still missed. Mistakes are still made.

9. On October 30, 1935, at Wright Air Field in Dayton, Ohio, the U.S. Army Air Corps held a flight competition for airplane manufacturers vying to build the military’s next-generation long-range bomber. In early evaluations, the Boeing Corporation’s gleaming aluminum-alloy Model 299 had trounced the designs of Martin and Douglas. Boeing’s plane could carry five times as many bombs as the army had requested; it could fly faster than previous bombers and almost twice as far.

10. A small crowd of army brass and manufacturing executives watched as the Model 299 test plane taxied onto the runway. The plane roared down the tarmac, lifted off smoothly, and climbed sharply to three hundred feet. Then it stalled, turned on one wing, and crashed in a fiery explosion.

11. An investigation revealed that nothing mechanical had gone wrong. The crash had been due to “pilot error,” the report said. Substantially more complex than previous aircraft, the new plane required the pilot to attend to the four engines, each with its own oil-fuel mix, the retractable landing gear, the wing flaps, electric trim tabs that needed adjustment to maintain stability at different airspeeds, and constant-speed propellers whose pitch had to be regulated with hydraulic controls, among other features.

13. What they decided not to do was almost as interesting as what they actually did. They did not require Model 299 pilots to undergo longer training. Instead, they came up with an ingeniously simple approach: they created a pilot’s checklist.

14. The test pilots made their list simple, brief, and to the point—short enough to fit on an index card, with step-by-step checks for takeoff, flight, landing, and taxiing. It had the kind of stuff that all pilots know to do. They check that the brakes are released, that the instruments are set, that the door and windows are closed, that the elevator controls are unlocked—dumb stuff. You wouldn’t think it would make that much difference. But with the checklist in hand, the pilots went on to fly the Model 299 a total of 1.8 million miles without one accident.

15. Much of our work today has entered its own B-17 phase. Substantial parts of what software designers, financial managers, firefighters, police officers, lawyers, and most certainly clinicians do are now too complex for them to carry out reliably from memory alone. Multiple fields, in other words, have become too much airplane for one person to fly.

16. In a complex environment, experts are up against two main difficulties. The first is the fallibility of human memory and attention, especially when it comes to mundane, routine matters that are easily overlooked under the strain of more pressing events.

17. Faulty memory and distraction are a particular danger in what engineers call all-or-none processes: whether running to the store to buy ingredients for a cake, preparing an airplane for takeoff, or evaluating a sick person in the hospital, if you miss just one key thing, you might as well not have made the effort at all.

18. Checklists seem to provide protection against such failures. They remind us of the minimum necessary steps and make them explicit. They not only offer the possibility of verification but also instill a kind of discipline of higher performance.

19. They calculated that, in this one hospital, the checklist had prevented forty-three infections and eight deaths and saved two million dollars in costs.

20. The researchers found that simply having the doctors and nurses in the ICU create their own checklists for what they thought should be done each day improved the consistency of care to the point that the average length of patient stay in intensive care dropped by half.

21. These checklists accomplished what checklists elsewhere have done, Pronovost observed. They helped with memory recall and clearly set out the minimum necessary steps in a process.

22. Theory: under conditions of complexity, not only are checklists a help, they are required for success. There must always be room for judgment, but judgment aided—and even enhanced—by procedure.

23. There are good checklists and bad, Boorman explained. Bad checklists are vague and imprecise. They are too long; they are hard to use; they are impractical. They are made by desk jockeys with no awareness of the situations in which they are to be deployed. They treat the people using the tools as dumb and try to spell out every single step. They turn people’s brains off rather than turn them on.

24. Good checklists, on the other hand, are precise. They are efficient, to the point, and easy to use even in the most difficult situations. They do not try to spell out everything—a checklist cannot fly a plane. Instead, they provide reminders of only the most critical and important steps—the ones that even the highly skilled professionals using them could miss. Good checklists are, above all, practical.

25. When you’re making a checklist, Boorman explained, you have a number of key decisions. You must define a clear pause point at which the checklist is supposed to be used (unless the moment is obvious, like when a warning light goes on or an engine fails). You must decide whether you want a DO-CONFIRM checklist or a READ-DO checklist.

26. The checklist cannot be lengthy. A rule of thumb some use is to keep it to between five and nine items, which is the limit of working memory. Boorman didn’t think one had to be religious on this point.

27. But after about sixty to ninety seconds at a given pause point, the checklist often becomes a distraction from other things. People start “shortcutting.” Steps get missed. So you want to keep the list short by focusing on what he called “the killer items”—the steps that are most dangerous to skip and sometimes overlooked nonetheless.

28. Ideally, it should fit on one page. It should be free of clutter and unnecessary colors. It should use both uppercase and lowercase text for ease of reading. (He went so far as to recommend using a sans serif type like Helvetica.)

29. No matter how careful we might be, no matter how much thought we might put in, a checklist has to be tested in the real world, which is inevitably more complicated than expected. First drafts always fall apart, he said, and one needs to study how, make changes, and keep testing until the checklist works consistently.

30. It is common to misconceive how checklists function in complex lines of work. They are not comprehensive how-to guides, whether for building a skyscraper or getting a plane out of trouble. They are quick and simple tools aimed to buttress the skills of expert professionals. And by remaining swift and usable and resolutely modest, they are saving thousands upon thousands of lives.

31. Pabrai has studied every deal Buffett and his company, Berkshire Hathaway, have made—good or bad—and read every book he could find about them. He even pledged $650,000 at a charity auction to have lunch with Buffett. “Warren,” Pabrai said—and after a $650,000 lunch, I guess first names are in order—“Warren uses a ‘mental checklist’ process” when looking at potential investments.