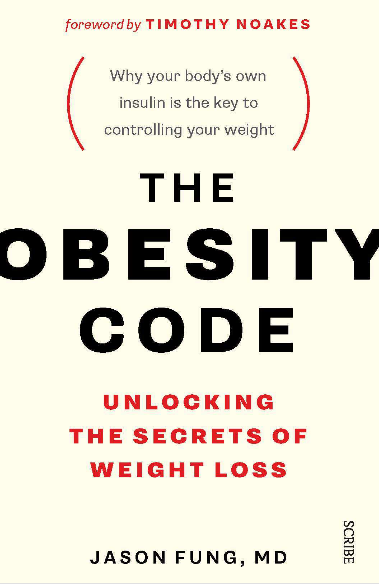 1. SAM FELTHAM, A qualified master personal trainer, has worked in the U.K. health-and-fitness industry for more than a decade. Not accepting the caloric-reduction theory, he set out to prove it false, following the grand scientific tradition of self-experimentation. In a modern twist to the classic overeating experiments, Feltham decided that he would eat 5794 calories per day and document his weight gain. But the diet he chose was not a random 5794 calories. He followed a low-carbohydrate, high-fat diet of natural foods for twenty-one days.

2. Feltham believed, based on clinical experience, that refined carbohydrates, not total calories, caused weight gain. The macronutrient breakdown of his diet was 10 percent carbohydrate, 53 per cent fat and 37 per cent protein.

3. Standard calorie calculations predicted a weight gain of about 16 pounds (7.3 kilograms). Actual weight gain, however, was only about 2.8 pounds (1.3 kilograms). Even more interesting, he dropped more than 1 inch (2.5 centimeters) from his waist measurement. He gained weight, but it was lean mass.

4. Perhaps Feltham was simply one of those genetic-lottery people who are able to eat anything and not gain weight. So, in the next experiment, Feltham abandoned the low-carb, high-fat diet. Instead, for twenty-one days, he ate 5793 calories per day of a standard American diet with lots of highly processed ‘fake’ foods. The macronutrient breakdown of his new diet was 64 per cent carbs, 22 per cent fat and 14 per cent protein—remarkably similar to the U.S. Dietary Guidelines.

5. This time, the weight gain almost exactly mirrors that predicted by the calorie formula—15.6 pounds (7.1 kilograms). His waist size positively ballooned by 3.6 inches (9.14 centimeters). After only three weeks, Feltham was developing love handles.

6. Our bodies possess an intricate system guiding us to eat or not. Body-fat regulation is under automatic control, like breathing. We do not consciously remind ourselves to breathe, nor do we remind our hearts to beat. The only way to achieve such control is to have homeostatic mechanisms. Since hormones control both Calories In and Calories Out, obesity is a hormonal, not a caloric, disorder.

7. Reducing Calories In works only if Calories Out remains stable. What we find instead is that a sudden reduction of Calories In causes a similar reduction in Calories Out, and no weight is lost as the body balances its energy budget. Some historic experiments in calorie reduction have shown exactly this.

8. A detailed study of total energy expenditure under conditions of reduced caloric intake was done in 1919 at the Carnegie Institute of Washington. Volunteers consumed ‘semi-starvation’ diets of 1400 to 2100 calories per day, an amount calculated to be approximately 30 per cent lower than their usual intake.

9. The participants experienced a whopping 30 per cent decrease in total energy expenditure, from an initial caloric expenditure of roughly 3000 calories to approximately 1950 calories.

11. Insulin is a key regulator of energy metabolism, and it is one of the fundamental hormones that promote fat accumulation and storage. High insulin secretion has long been associated with obesity: Patients who use insulin regularly and physicians who prescribe it already know the awful truth: the more insulin you give, the more obesity you get. Insulin causes obesity.

12. The newest class of medication for type 2 diabetes is the SGLT-2 (sodium-glucose linked transporter) inhibitors. These drugs block the reabsorption of glucose by the kidney, so that it spills out in the urine. This lowers blood sugars, resulting in less insulin production. SGLT-2 inhibitors can lower glucose and insulin levels after a meal by as much as 35 per cent and 43 per cent respectively. But what effect do SGLT-2 inhibitors have on weight? Studies consistently show a sustained and significant weight loss in patients taking these drugs.

13. A recent study suggests that 75 per cent of the weight-loss response in obesity is predicted by insulin levels. Not willpower. Not caloric intake. Not peer support or peer pressure. Not exercise. Just insulin.

15. Insulin resistance is Lex Luthor. It is the hidden force behind most of modern medicine’s archenemies, including obesity, diabetes, fatty liver, Alzheimer’s disease, heart disease, cancer, high blood pressure and high cholesterol. But while Lex Luthor is fictional, the insulin resistance syndrome, also called the metabolic syndrome, is not.

17. WHERE DOES FRUCTOSE fit in? High levels of fructose will cause fatty liver. Fatty liver is absolutely crucial to the development of insulin resistance in the liver.

18. Fiber has the ability to reduce absorption and digestion. Fiber subtracts rather than adds. In the case of sugars and insulin, this is good. Soluble fiber reduces carbohydrate absorption, which in turn reduces blood glucose and insulin levels.

19. One other traditional food may help protect against the modern evils of elevated insulin: vinegar. Two teaspoons of vinegar taken with a high-carbohydrate meal lowers blood sugar and insulin by as much as 34 per cent, and taking it just before the meal was more effective than taking it five hours before meals. The addition of vinegar for sushi rice lowered the glycemic index of white rice by almost 40 per cent.

20. All foods, not just carbohydrates, stimulate insulin. Thus, all foods can cause weight gain. Dietary fat, though, tends to have the weakest insulin-stimulating effect. The surprise here is dietary protein. The insulin response is highly variable. While vegetable proteins raise insulin minimally, whey protein and meat (including seafood) cause significant insulin secretion.

21. Substituting large amounts of lean, often processed meat for carbohydrates was not a winning strategy. Reducing sugar and white bread was good advice. But replacing them with luncheon meats was not. Furthermore, with increased meal frequency, the protection of the incretin effect was diminished.

22. Obesity is a hormonal disorder of fat regulation. Insulin is the major hormone that drives weight gain, so the rational therapy is to lower insulin levels. There are multiple ways to achieve this, and we should take advantage of each one. In the rest of this chapter, I will outline a step-by-step approach to accomplish this goal:

23. Two major factors maintain our insulin at a high level. The first is the foods that we eat—which are what we usually change when we go on a diet. But we fail to address the other factor: the long-term problem of insulin resistance. This problem is one of meal timing.

24. If all foods raise insulin, then the only way for us to lower it is to completely abstain from food.

25. When we talk about fasting to break insulin resistance and lose weight, we are talking about intermittent fasts of twenty-four to thirty-six hours. Fasting is the most efficient and consistent strategy to decrease insulin levels, a fact first noted decades ago.